Wallbridge Mining Company Limited (WM.TO) (“Wallbridge” or the “Company“) and Balmoral Resources Ltd. (BAR.TO) (“ Balmoral “) announce today that they have entered into a definitive agreement (the “Arrangement Agreement“) following the signing of a Letter of Intent on February 14, 2020 , whereby Wallbridge will, among other things, acquire all of the issued and outstanding shares of Balmoral, in an all-stock transaction, pursuant to a plan of arrangement as further described below (the “Transaction“).

“This strategic transaction makes sense for the shareholders of both Wallbridge and Balmoral ,” said Marz Kord , President, CEO & Director of Wallbridge. “The combination of our two companies creates an entity with a solid balance sheet; a diverse yet focused project portfolio; a motivated management group experienced in exploration, development and production; and the scale, resource growth potential and discovery upside that gives us the opportunity to build on the strengths of both companies”.

Darin Wagner , President, CEO & Director of Balmoral , stated, “The recent exploration success at Tabasco, Ripley and throughout Area 51 speak to a large gold system which we are just beginning to unlock and which is combined in its entirety through this transaction. Today’s announcement creates one of best funded exploration companies in Canada which has enjoyed tremendous support from Mr. Eric Sprott and a solid shareholder base which includes gold producer Kirkland Lake Gold who operate along the Detour Gold Trend”. 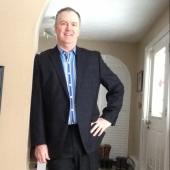